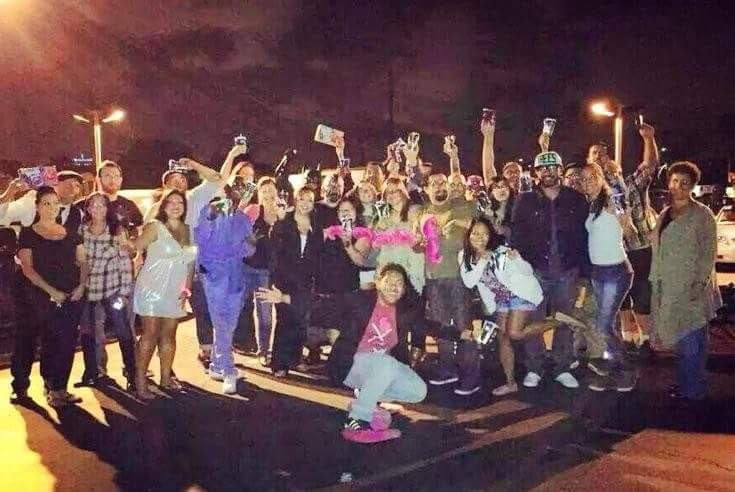 Everywhere I look in this industry right now I see miserable drivers. We are driving harder, farther, and longer than ever before. And we’re making less money in the process.

This Used To Be An Awesome Job

When I began driving in 2014 I met interesting and exciting people wherever I went. They were eager to sit up front, respect my car, and treat me as an equal in conversation. I would make $20 driving passengers from Ocean Beach to Pacific Beach in San Diego (~30 minutes, ~5 miles). We earned $1.72/mile and kept 80% of the fare while still managing to cost a lot less than a cab. Lyft was still valued at $2 billion while Uber had recently become valued at $14 billion.

I would do anywhere between 8 and 12 rides a day. 20 rides in a day was almost unheard of. There was more downtime between rides but those 8 to 12 rides were usually good for $100 – $200 on a weekday. We took care of our cars, stocked them with snacks, and some of us even refused to accept tips!

“Don’t worry about it, I’m just happy to be here!”

“Uber takes care of us, tips are included.”

Many of us were aware of the debate over our classification as contractors. We didn’t care much though because we felt we were making enough money to afford things like self-employment taxes, healthcare, retirement, etc.

I tried to organize a protest of drivers using my cracked HTC phone and with the help of a few lovely people from the Lyft driver community in San Diego. I was unable to use my laptop because I pawned it for gas money. Then Lyft called me and I realized my ability to pay rent would get wrecked if they deactivated me. Which they could do at their leisure.

Just 4 months later, Uber decided to cut prices (and driver pay) an extra 20%. This time calling it “Winter Warmup” pricing, and justifying it by saying it would drum up more business in the slower months of January – March. Uber attempted to dampen the blow by offering hourly guarantees “in case our earnings went down” for a few months. Then they stopped in April and kept the lower pay rates.

Lyft followed suit a week after Uber. Per mile pay was now down to $1.10 per mile. I was only 7 months into this.

In March of 2015 I decided to move to the Bay Area where drivers were still making $1.35 per mile. There was more demand in San Francisco and fewer dead miles between rides. It was the best place to drive. One of my friends showed me his weekly earnings statements for $2,200 and $3,700. I threw my stuff in a box. Put that box in my trunk, and immediately drove to San Francisco.

The price cuts continued. In December of 2015, Uber announced they would begin paying us less money on UberPOOL rides. Even though POOL rides involved vastly more work.

Lyft also announced a small price cut in the same week that made all of their prices $0.03 cheaper than Uber’s. Daring Uber to go lower again

A month later in January of 2016, Uber announced yet another round of across-the-board price-cuts of 20% for passengers. Even lazily using all of the same emails, talking points, and “earnings guarantees” from the previous years “Winter Warmup” scheme. Lyft followed suit a week later.

Around this time, Lyft decided to join Uber in paying drivers less for shared rides. They were nice enough to consult with some of us drivers in a meeting at Lyft HQ beforehand. I walked out in the middle of it.

In March of 2016, Uber rolled out their first version of Quest (at that time called Power Driver Plus) to their most competitive markets. Additionally, they announced they would begin taking 25% from drivers instead of 20%.

Eventually these bonuses began to get lower, and lower. Today some drivers earn 100$ for doing 110 rides (although it varies by driver now).

In September of 2016, Uber launched Upfront Pricing and decoupled what they charged passengers from what they pay drivers. I quickly discovered they were tilting the table in their favor. Lyft went on to launch their version of Upfront Pricing several months later.

A short while later, Uber began to rollout different types of bonus programs that gave us money for doing funny things. Quest would give us money for cranking out 120 rides in a week, Boost would give us more per ride by driving in areas during predetermined times that anticipated Surge. Consecutive Ride Bonuses reward us $4 -$8 for doing a series of rides in a row without logging off.

I enjoy these bonuses but they have increasingly become a larger portion of our pay as drivers; meaning that in order to be profitable we must do what the driver app wants.

Lyft also had the Power Driver Bonus, Power Zones, and their version of Consecutive Ride bonuses. Each program designed to reward us for doing what they wanted.

In early 2017 Uber decided to change how Surge pricing worked. Instead of having our fares “multiplied” they would now be a flat dollar amount; an extra $4 for any ride we accepted in a Surge zone.

This allowed Uber to separate Surge pricing from the market and take more between the spread by charging passengers a surge differential without necessarily paying any surge to the driver. New Surge also gave Uber more control over where to place Surge zones to reposition cars

Lyft does the same thing now.

More recently, all of the above has been combined to create a giant and obscure pay model for drivers. Most drivers I talk to today have NEVER SEEN their rate card and have no idea how much Uber pays them per minute or mile. They just assume the app more or less “figures it out” for them. Drivers who want to view their rate card must locate it from within the driver portal nested under a hamburger menu titles “Fares”.

In the last several months, Uber has rolled out a “rebalanced” pay model that drastically decreases our per mile pay to less than $0.90 per mile. This has been compensated for by increasing the per-minute pay and this has flattened out variability in earnings on an hourly basis.

This means that those bonuses and hoops from driving long hours, giving consecutive rides, or in special zones are more important than ever and increasingly account for a larger portion of what drivers makes on the road.

Each driver receives a different bonus award each week with different rewards & requirements. These bonus amounts are determined by a marketplace mechanic that maximizes the number of drivers on the road while offering the “right” amount to drivers based off their data.

For example, if the bonus algorithm knows that somebody has driven 50 hours a week for the last 4 weeks, it might offer them $80 for 100 trips. Meanwhile, someone who drives less will get offered $150 for completing the same amount of rides.

Drivers Need To Jump Through Hoops To Make Any Money

Since rates for “organic” fares are so low, drivers are dependent on these bonuses than ever. Hitting them all will increases weekly gross pay by ~40%; which translates to ~60% of our profit after expenses.

There are a lot of ways to miss these hoops. The app can forget to count a ride, or you might get deactivated for a few days and be unable to hit 170 rides. You might do 169 rides because your last ride at 11:58PM cancels on you. If we hit the bonus enough, the marketplace algorithm nerfs our bonus in the next week. These apps have our ass.

Sure, We can drive whenever we want but if we want to make rent, we gotta drive between 4AM and 10AM, and then 4PM to 10PM. Except on weekends. We gotta do 16’s on weekends.

Ridehail Driving Is A Hustle By Design

The people who pick me up today are increasingly tired and sleepy. They greet me with a sense of courteous contempt. Their cars are riddled with dents and one of their wheels always seems to make a low-key helicopter noise above 30 mph (wubba wubba wubba) . The car smells like a combination of coffee and thinly-masked week-old vomit.

Despite all this, that person keeps driving to make whatever needs to happen in their life happen.

That’s who I’m starting this site for.

The people who drive are not asking for a handout. We want a fair deal that doesn’t require driving 60 hours a week on a split shift for a company that directly benefits from driving us to the bottom.

We can choose to design this hustle for ourselves or let these companies continue to hustle us by design.