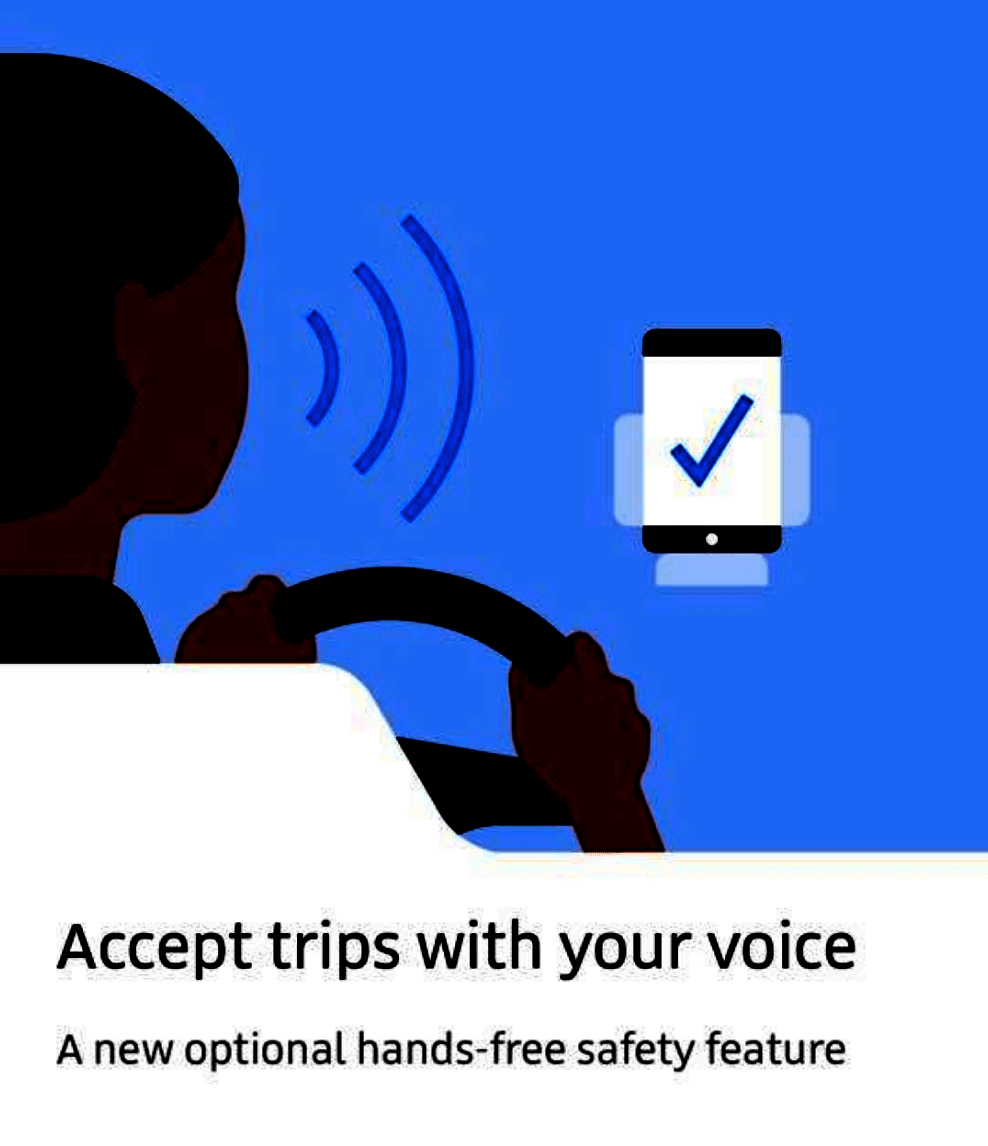 Netflix just dropped a new season of Black Mirror and the 2nd episode is about a ridehail driver.

It’s important news because passengers are going to ask us “Have you seen that one Black Mirror episode with the Uber driver?” a few times a day for the next few months.

If you look closely in the episode, you can tell that this show is about a fictional dystopian future because the passenger tips the driver shortly after saying “I’ll tip you in the app buddy!“.

Uber: Accept A Request With Your Voice

Personally, I’ve always wished this was an option in both the Uber and Lyft app. That way I can keep my hands on the wheel while I consider the request.

Uber Is Passing Around UberPRO Points Like They’re Nuffin’

It looks like Uber really wants to drive interest in Uber Pro because they’ve been handing out notifications, emails, and even some free-ish points within the driver app:

Uber Pro initially paid a slightly higher rate per mile to drivers who attained Gold, Platinum, and Diamond status. However, Uber nixed the feature after initial testing and now the program offers higher monetary bonuses for things like Quest and Boost bonus earnings (if the promotions are offered in your market).

Rewards vary by market so check the Uber Driver App for the rewards breakdown where you drive.

Hubert Huron lays out in a detailed argument that Uber is not as innovative as people think. He argues at length that Uber has higher costs than the competitors it displaced, most of their margin improvements have only come from taking more money from drivers, that Uber’s popularity is based on manufactured narratives that support the gig-economy, and that Uber is basically just a an app that runs a super libertarian business model.

Huron is definitely bearish on the gig-economy but all of his essays are well thought-out and backed up with lots of citations and he does a great job at being critical of Uber while not beating a dead horse.

Google Maps is getting an update that will display the speed limit of the road you are driving on. It will also leverage data from Waze (which is owned by Google) to provide speed camera alerts. The features are being tested by Google right now; so only some people have this update until Google decides to roll it out to the rest of us.

Uber is expanding its rental/lease partnership with Fair from California to the rest of the US after testing. This means that in the near future almost anybody will be able to plop down $370 and a credit check to get themselves in the front seat of a freshly (used) ridehail car; which means more drivers on the road.

Using Fair, a driver can do 70 rides a week and get their rental fee waived. They will still likely have to pay taxes on those fess though. Additionally, the reporter of this article points out that:

“Meanwhile, all other maintenance costs besides the cheapest ones are passed onto the driver, a potentially huge caveat considering Fair’s fleet is used cars.”

Fair however claims in their app that their cars a re covered by a warranty. There is an important distinction here though because warranties typically don’t include things like shocks, brakes, brake pads, rotors, and other expensive “routine maintenance’”parts.