Welcome to the new newsletter format! I’ve started using Revue and it should allow me to churn these bad mamajamas out much faster.

I’m also returning to the road as a full-time ridehail driver in the Bay Area. I did my research, took my time, and financed a 2013 Honda Civic Hybrid so I can take advantage of deducting my business miles come tax time (you cannot deduct mileage from a ridehail rental).

Maybe I’ll put a tablet in the back of my car promoting this newsletter. ;D

I’ll be covering app changes again in this newsletter tomorrow. Until then here’s an important announcement + the biggest stories in the gig-economy today!

Announcement: No Money From Gig-Companies 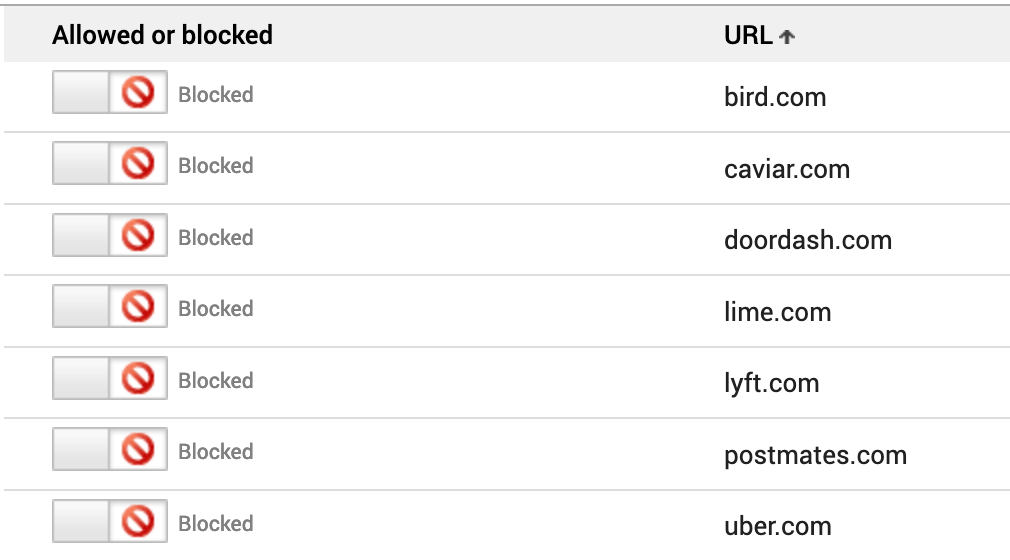 I do not believe I can cover this industry in good faith for drivers if this relies on income from referring people to drive. That means getting started on the right foot and building this business outside of the dynamic of slinging referral codes. It’s going to sting a lot for my financials but maybe I’ll make up for it in gained sleep quality.

If you see an ad or referral link on hustleby.design from a gig-platform, please screenshot it, note the URL, and send both to [email protected].

Last week, there were a lot of rumors that drivers were being offered $100 to attend the I’m Independent rally against classifying ridehail drivers as employees. It turns out those rumors were based in truth. Johana Bhuiyan from the Los Angeles Times got a copy of the offer email as well as a confirmation directly from I’m Independent:

The coalition confirmed it paid gig workers — including Uber and Lyft drivers — to cover the costs of travel and expenses for the day and said the amount paid varied but did not exceed $100.

In addition to this offer, Uber also used some tools of their own to organize drivers on a large scale to come out and oppose AB5:

Uber sent drivers an in-app notification offering them a $15 lunch voucher and inviting them, their family “and anyone you know who also has a stake in maintaining driver flexibility” to the rally to talk “about the issues.” Separately, a Lyft spokesperson said the company offered $25 to drivers to cover parking, if needed.

Meanwhile, drivers from Rideshare Drivers United in Los Angeles showed up on the day of the vote via a free overnight bus ride to stand in line for several hours. All they got to tell their State Senators and the Labor Committee was their name, organization, and their position on AB5.

Amir Efrati and Cory Weinberg report that Bird is seeking $300 million in funding at a valuation greater than Bird’s present $2.3 billion post-money valuation. The company has burned through a lot of cash already since they last raised money though:

In this year’s first quarter, the electric scooter operator lost nearly $100 million while revenue shrank sharply to only about $15 million, people familiar with the matter said. In the spring, it told people it was down to about $100 million in cash, even after raising more than $700 million over a year and a half.

Bird’s ability to convince investors to hand over their cash during this new round of fundraising will largely depend on one big factor; The lifespan of the average Bird Scooter:

The company says it has been slashing the costs it has to pay per ride to repair, charge, insure and replace its vehicles. That’s largely because the vehicles are heavier and made up of new types of components that make them more difficult to steal. The progress is renewing optimism among some current investors.

The old Bird scooters were bought more or less off the shelf as retail units; they were never designed for commercial levels of use. However, Bird has now switched most of it’s scooters to the Bird Zero and the Bird 1. These new scooters were designed by Bird with the intention of lasting six months (or longer). Their ability to fund-raise may very well depend on the success of that design.

What happened to the other scooters? Bird’s CEO says they are more or less a $100 million accounting write-off.

Also, Bird’s CEO was mad that The information did not use the data provided to them by Bird that reflected healthier “summer” numbers that include more data from the new scooters. He seems to have voiced this by doing his best impression of the President on Twitter.

— www.bloomberg.comShelly Hagan and Marie Patino report that Uber and Lyft have seen a decrease in ridership since minimum wage rules and congestion pricing went into effect:

Uber Technologies, Inc. completed 15.9 million trips in May in NYC — that’s down 8% from March, according to a Bloomberg News analysis of data from the city’s Taxi and Limousine Commission. At the same time, Lyft Inc. made 4.7 million trips, which is 17,000 fewer than its peak in March. The slowdown comes nearly six months after city officials passed the nation’s first minimum wage rule for drivers of the companies, pushing up prices for passengers as a result.

The minimum wage in place for drivers isn’t a “traditional” minimum wage. It’s a bit of an experiment on a new way to regulate the number of ridehail vehicles without putting a hard cap a la Taxi Medallions into place.

The minimum wage experiment forces gig-companies to pay their drivers at least minimum wage whenever they don’t make that amount on their own with fares. This means that gig-companies end up paying a sort of “labor inefficiency” tax to drivers. The theory is that by doing this, gig-companies are incentivized to have enough drivers to be efficient but not so many that the roads become saturated.

Before this law, it didn’t matter to gig-companies if there were 10,000 or 40,000 drivers on the road as long as they gave rides and stuck around. So there was a ton of driver supply and that allowed gig-companies to enjoy the splendor of their network effects with very little cost even though drivers made less than minimum wage. Now that Uber, Lyft, Juno, and Via are forced to abide by utilization standards, they have to shrink their fleets to a size where their drivers make more than minimum wage; lest they want to pay extra.

So yes, it makes sense that the number of rides will go down and the prices will go up when rides are no longer being subsidized by people making less than minimum wage.